Adding film to your home's windows can help insulate the home while also making those windows look more stylish and attractive, both inside and out. However, it's not unusual to have some misconceptions about window film and what it can accomplish for a home, and about its overall appearance and installation. Note a few misconceptions that you might have about this film, so you can choose the right type of film for your home's window.

The film interferes with wireless signals

Some window film is made specifically to block wireless signals; corporations who need maximum security inside their offices might have this film installed, to ensure no corporate secrets or classified information is stolen through the use of wireless signals. This film does have certain metal strips and fibres woven into its design, but this isn't the same type of metallic film that is installed on residential homes. Residential window films that offer a metallic, reflective appearance aren't made with a type of metal that is going to interfere with wireless signals, so you can install these on the windows of your home without worrying about your internet connection getting slow or disappearing altogether.

Some very thick types of film, or those with strong fibres woven through the material, will help to strengthen windows and keep the glass from breaking; however, not all film works this way. If you're looking to add safety to your home's windows, look for security film in particular; this should be thick, tear-resistant film that is difficult to break or shred.

Some window film is meant to block the rays of the sun or to bounce heat off the windows, so you may note that the home feels cooler during winter months if you have this type of film installed. However, note that the tint or colour of the film itself is not what creates this type of insulation; insulating film needs be made with certain reflective materials that keep sunlight or heat from passing through the glass of the window, and this may not affect the film's colour or tint in any way. In turn, a tinted film may offer some shade for the interior space, but may not block out all the sun's rays or heat from inside. Talk to your film installer about the best choice of film for your home insulation needs, rather than assuming you should simply choose by colour or tint.

Read in about 2 Minutes 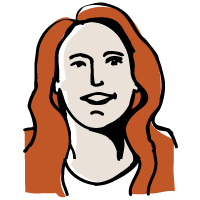 I really love the yard and surroundings of our home. We live in the Australian bush and every day the country side changes a little. I decided that rather than hanging artwork in our home we'd get some great windows and make the outside into our home decor. It's so nice to feel connected to the world and to nature because we can always see what is going on outside. This blog has some tips on how to use really large 'picture frame' style window frames to create a focal point of your scenery and maximise your view from inside your home.